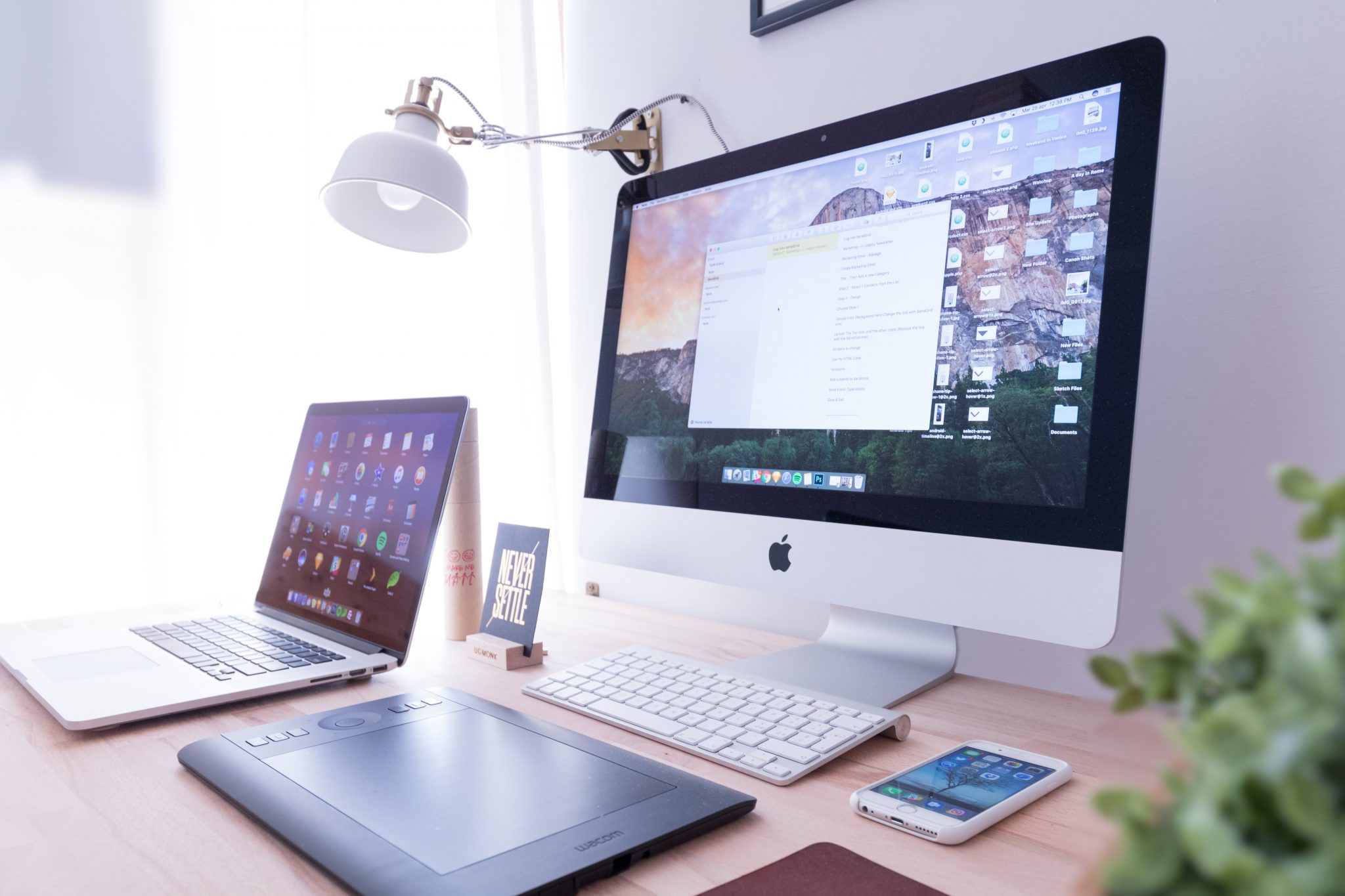 For this Prophet 21 performance test, we are using the live environment of a 200 user P21 deployment.  The desktop client is a published app via Microsoft Remote Desktop Services.  The web client ran on Google Chrome.  Both the middleware server and the remote desktop server have the exact same hardware specifications.

We ran web client via the SSL port.  Also, we did not load P21 “over the Internet”.  We used the web client only within the LAN environment.  Finally, anytime a window was loaded in the web client, it was opened in the current tab.

For timing, I used a simple stopwatch app in Windows and situated the start button very close to the P21 menu.  I believe there was a fairly consistent 1/4 second delay for both the web client and the desktop client. We conducted each test 3 times, and the results each time were very similar.

For this test, we disabled all OE panels.  There are significant DynaChange Screen Designer modifications to the UI.  Additionally, we enabled DynaChange caching. 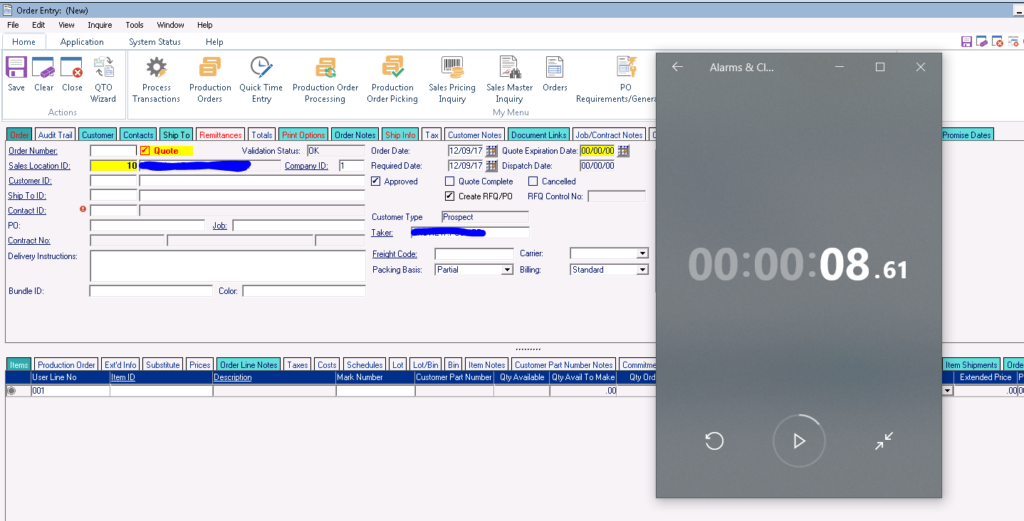 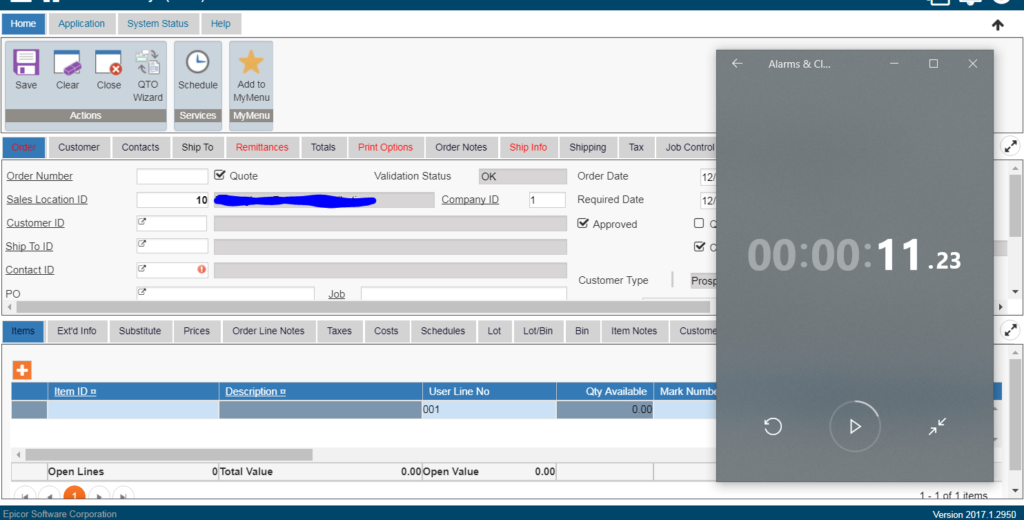 For this part of the Prophet 21 performance test, we loaded a 35 line sales order. It is filled mostly with items that are assemblies.  In each case, the Order Entry window was already open.  No existing order was previously loaded. 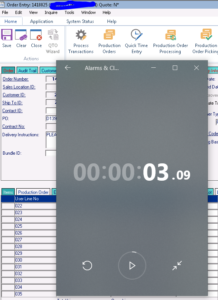 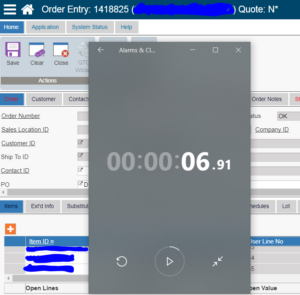 The results of this test were that the order fully loaded in 3.1 seconds on the desktop client.   The web client loaded the same order in 6.9 seconds.

For this test, we opened Item Master Inquiry with no other windows already open.  In both cases, we opened the screen by clicking from the main menu of Prophet 21. 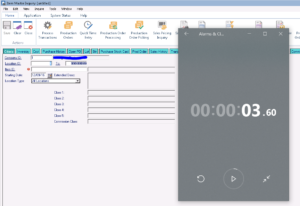 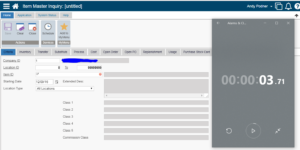 In this final test, the Customer Master Inquiry window opened with no other windows open. 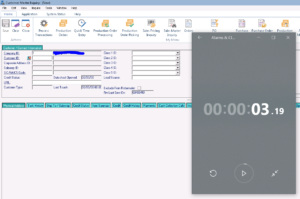 This Prophet 21 performance test was neither highly scientific nor perfectly controlled.  That said, it is representative of how the average user may perceive the system.  A true assessment of Prophet 21 performance requires more extensive testing. This is particularly true in the order entry screen, .  Perhaps in a future performance test, we can also look at OE load times under varying conditions. This may help determine the effects of screen changes, caching, business rules, panels, and other optional features on the overall system performance.

Finally, as you are planning your Prophet 21 web client deployment, it is a good idea to do some performance testing of your own.  The more ways you find to squeeze performance out of the system, the happier your users will be.

For more articles, visit our Prophet 21 Knowledge Base.