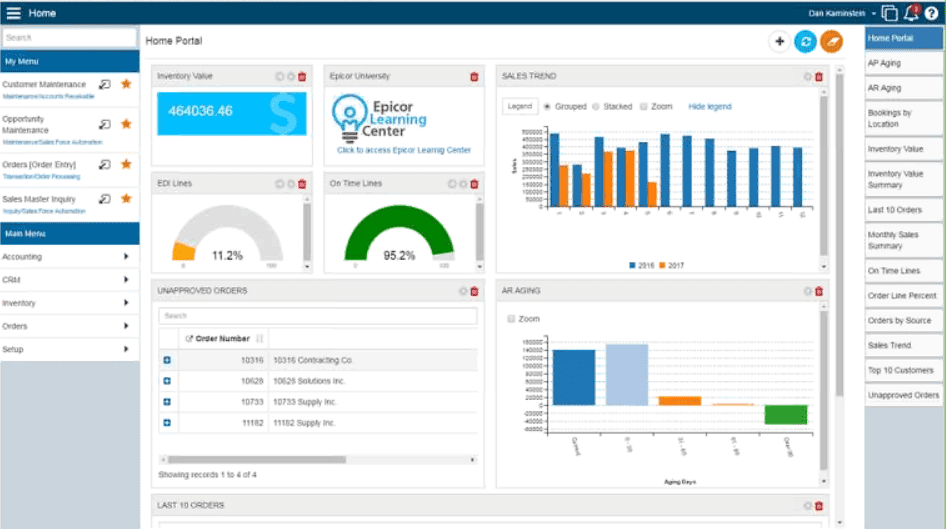 Epicor Prophet 21 – An Early Review of the Web Client

The Epicor Prophet 21 ERP system has recently been given a major new feature, a web enabled client.  This represents a major step for Epicor regarding the architecture of one of their flagship ERP software systems.  Introduced at Insights 2017 in Nashville, TN, Epicor is going a long way to promote this new version, and it seems clear from the last several presentations I have heard, that this is the future of the software for them.

Traditionally, Epicor Prophet 21 has run in a traditional client-server architecture.  The client software is a 32 bit application that is installed either on the user’s machine or on a terminal server.  The database sits on Microsoft SQL server.  With Prophet 21 version 2107.1, Epicor is now supporting both Windows Server 2016 and SQL Server 2016.

Clients for the Web Application

The P21 web application also works with a standard web browser.  Personally, I have done some initial testing with Chrome, Firefox, Edge, and Internet Explorer 11.  Overall, the experience across browsers is about the same.  The only thing I really noticed is that IE 11 had some usability issues.  For instance, there is a progress bar type of animation visible at the top of the app while the system is loading data.  This di not render in IE 11 during my testing, so it might make users think the system is hung up. 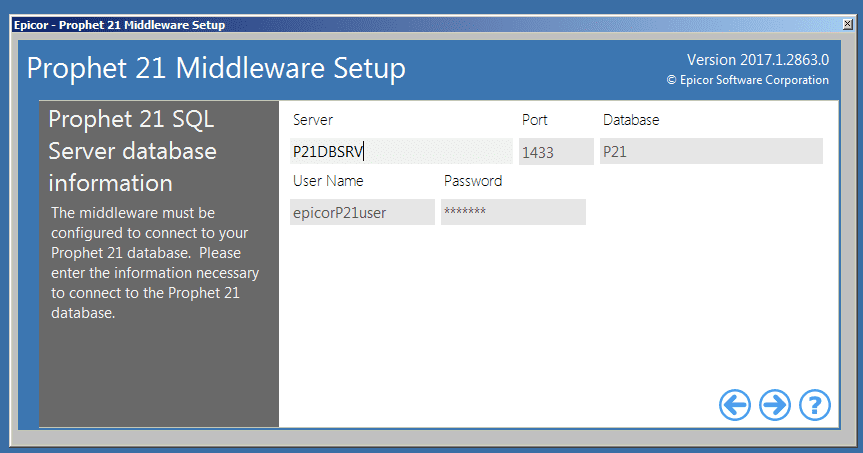 Installing the middleware and the web application is a pretty straightforward process.  The installation guide provided with the software was adequate to get everything installed.  The first step is to configure the server to be able to run the Epicor apps.  This involves installing certain roles and features like Internet Information Services (IIS), for example.  You will also need to install an SSL certificate.  It is possible to do this with a self-signed certificate, but I highly recommend buying one, especially if you plan to provide access over the Internet to Epicor Prophet 21.  You will also have to upgrade your database to whatever 2017 build you are installing.

Next, you will need to install the middleware application.  I will give Epicor credit here.  They have now switched over to using a proper installer for their applications, including the traditional desktop client.  This helps the process move along more smoothly.  There is a wizard that walks you through the configuration, and then it is checked by the installer at the end.

I have been doing a fair amount of test driving in the web app over the last few weeks.  The main workflows, like quote to cash, are all there.  The screen layouts are the same as the classic desktop.  They have to be since both platforms share the same DynaChange screen designer changes.  Below is a snapshot from a recent presentation from Epicor that shows the order entry window.

I have just been doing some initial testing on the web client, and have not been able to do a deep dive just yet.  There are a couple of issues with middleware that Epicor is working with me on.  Epicor is adding features and window to the Epicor Prophet 21 web application with each patch they release.  Currently these releases happen every two weeks or so.  We have tested up to release 2899 so far.  I will also say that Epicor’s support in fixing issues has been good.

For the most part I am pretty happy with the web app.  It scales well on a tablet, and the browser compatibility meets expectations.  I hope to learn more about it once we do some deeper testing.  I will definitely post more as I dive into it deeper.

It would be easy for me to nit pick the shortcomings of the web app.  To be sure, it is not a complete solution just yet.  However, I think it is important to keep in mind that this is the first release of the app, and it is sure to improve over time.  My sense (and this is strictly my opinion) is that over time, Epicor will want to standardize on the hybrid and the browser client.  I think this is a long way off, but when you look at it, it feels like the hybrid client will be the eventual replacement for the classic desktop.  From a development and maintenance standpoint, this would make the most sense.  Again, this is an opinion on my part, I have no info from Epicor on that.