Previously, we discussed the Detractor, the Shield, the Holdback, and the Pacifist.  In this final post of the series on people who resist change, we will explore the traits of the Fortuneteller.   We will also briefly cover trust and some of the more drastic measures under the heading of “the Nuclear Option”. 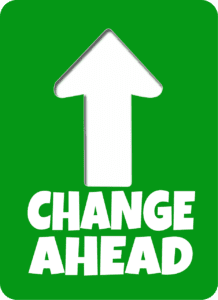 Fortunetellers are often your projects Marketing and PR departments, whether you want it or not.  Whether or not the Fortuneteller contributes directly to the project, keep them involved with the progress of things.  The temptation is to only tell him the good things that are happening, but this is a mistake.  Keeping the Fortuneteller engaged and properly informed as a part of the group helps the cause in a few distinct ways:

Facts and transparency are the antidote to negative press.  To quote the movie Clear and Present Danger, “Don’t give them anywhere to go…there’s no use trying defuse a bomb when it’s already gone off”.  If your Fortuneteller thrives on gossip, remove the gossip and replace it with fact.  You should be in control of messaging for your project, but make sure the message is genuine.

Hopefully, your project will be successfully completed with minimal disruption.  With any luck, your were able to navigate your way through the challenges of the Detractor, the Shield, the Holdback, the Pacifist, and the Fortuneteller.  However, there are times when resistance to change is so great and the status quo so entrenched, it becomes necessary to take stronger action.  This is where many leaders have difficulty due to the emotional nature of managing major behavior and attitude issues.    This section will review some alternate courses of action that may be needed to break the occasional stalemate.

Contrary to popular belief, firing is not the only course of action when it comes to managing these issues.  There are other choice available to you as a leader when working through difficult situations.

When the orange in your apple barrel is doing more harm than good and there is nothing more you can do to get them on board, it could be that they are simply misplaced in their role.  It is not uncommon for a high producer to be mistakenly promoted into a leadership role.  Consider working with the person to adapt his role into one that makes him happier and reduces the risk to your project.

I have found that in some cases, the orange is under-performing due to a gap in expectations.  One method to cure this is to clearly document their current performance and behaviors, then document the desired performance and behaviors.  The basis of this conversation sounds like “Here is where you are today, and here is where I need you to be for you to be an A player”.

There are times where you may feel that the orange could be saved if only he could get out of his own way.  Toxic behavior rarely stems from something as simple as: “I really want my team to fail”.  More often than not, insecurity or lack of understanding are at the core of the behavior.  In these cases, spend time with the person and coach them.  Help them understand how their behavior affects the team.  Make it clear that you cannot tolerate these behaviors forever.

Once you have run through all of these options, if the toxicity is still a problem, then separation may be the only answer.  If a team member has been through all of this and still cannot function as a productive member of the team, chances are they are not happy and you are most certainly not happy.  There is no reason that the business relationship has to continue if both sides are unhappy.  Consider an option giving them an longer runway, either through severance or a limited role.  There is nothing wrong with exercising compassion during the separation process.

In conclusion, resistance to change is one of the hardest, but also most common issues in any major project.  Good listening  skills are a must if you hope to be successful in navigating these waters.  There are no quick fixes, so it is always best to be proactive and respond to issues quickly.  Do not let these issues fester and bring the whole team down.  Eventually, with perseverance and fortitude, you will be successful dealing with these issues and keeping your project on track.

Part 1: The Detractor and the Shield

Part 2: The Holdback and the Pacifist